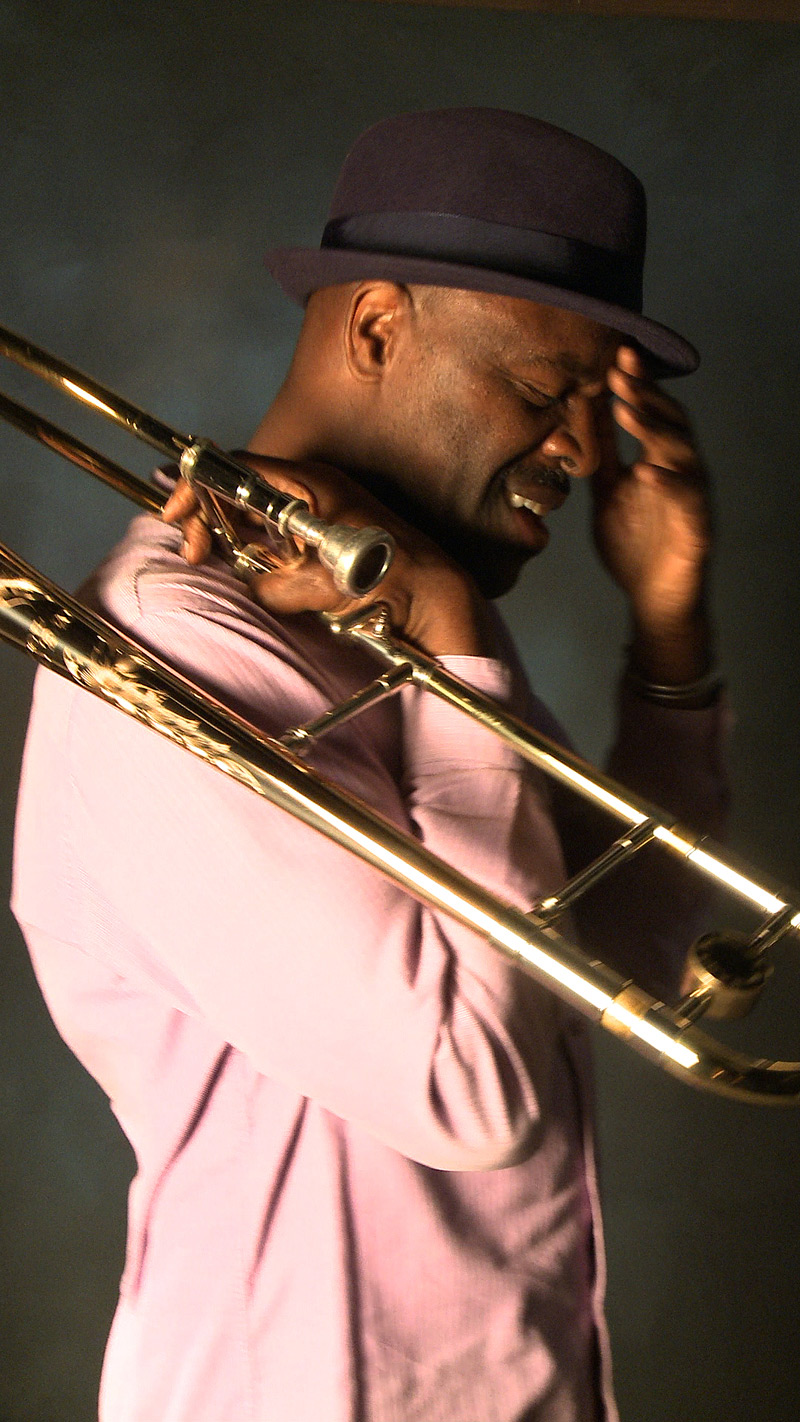 Craig Harris is a trombonist, composer, bandleader, and gifted sonic shaman. Seeking an inspired career, he skillfully navigated his musical journey that began when touring with the inimitable Sun Ra, onto a path affirming Craig’s place in performance with and among the ranks of creative music’s most progressive thought leaders. With a repertoire of various-sized ensembles, including Nation of Imagination, Tailgater’s Tales and Harlem Nightsongs, Craig has amassed an extensive discography of his own recorded work in addition to contributing to the musical projects of his many esteemed colleagues.

Steeped in the tradition of using art as cultural facilitation to promote change, Craig has flexed his musical voice to comment on social injustice and humanity with influential original works including God’s Trombones, based on James Weldon Johnson’s book of sermons; Souls Within the Veil, commemorating the 100th anniversary of W.E.B. DuBois’s seminal work; TriHarlenium, a sound portrait and 30-year musical time capsule of Harlem; Brown Butterfly, a tribute to the exquisite movements of Muhammad Ali; and BREATHE, a sonic statement in response to the long term and current injustices inflicted upon African American people.

An award-winning prolific composer, Craig’s recent projects include the stage premiere of Craig Harris’ FESTAC ’77, plus Harlem Sonic Communiversity, featuring open rehearsals and free public concerts introducing Craig’s compositions to new and established audiences. Committed to presenting music in the iconic communities where it was created, Craig’s designation as a Jazz Hero for his long standing curation of Harlem concerts, joins an array of prestigious honors bestowed upon him as artist, and community advocate. Nominated by NAACP Image Awards for Outstanding Soundtrack/Compilation Album, Craig is co-composer of the score for the Oscar-winning film Judas and the Black Messiah. Craig’s newest recording, Managing the Mask, was successfully released in 2022.